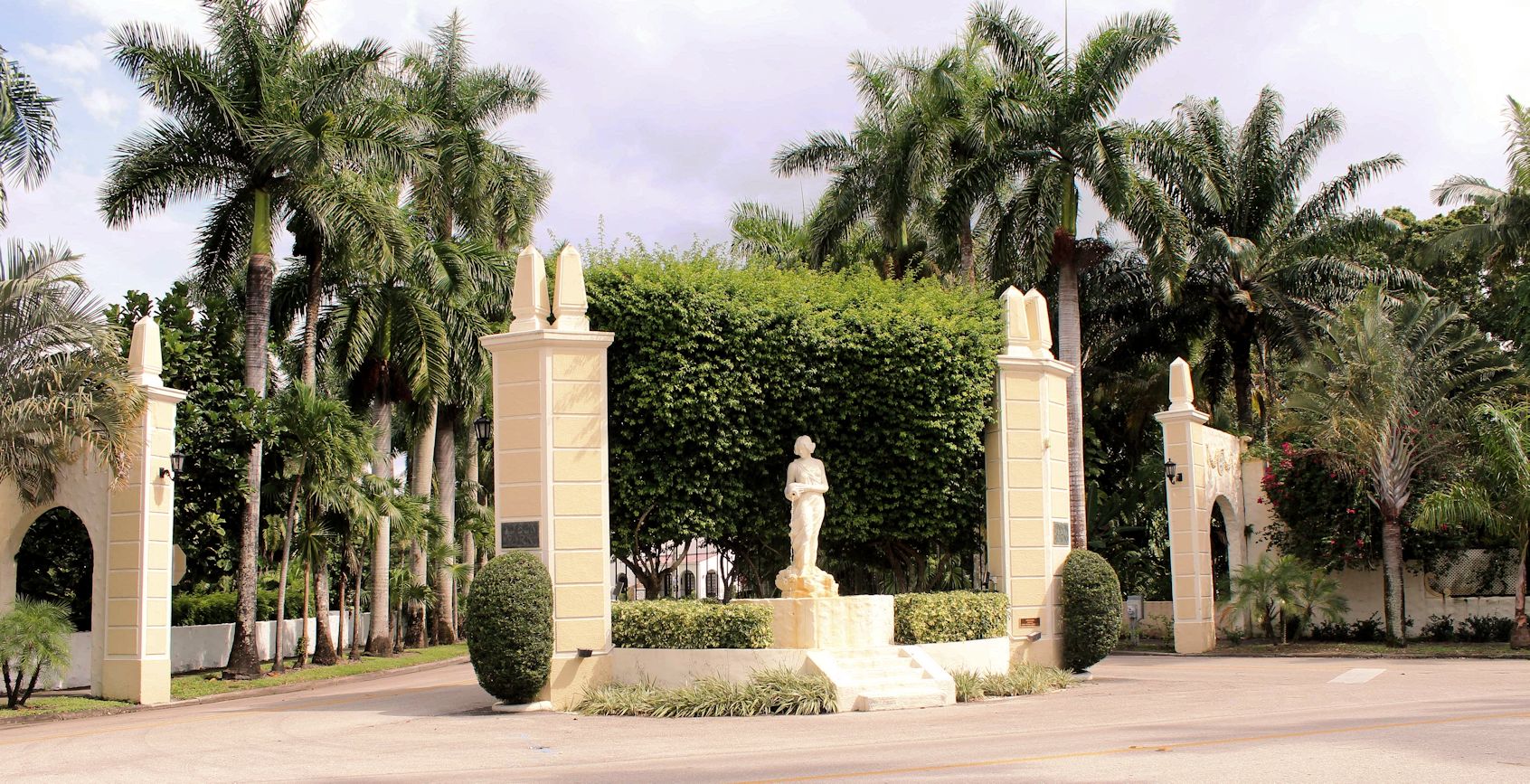 The Edison Park Neighborhood Association has adopted the Rachel at the Well landmark at 2404 McGregor Blvd. as part of the city of Fort Myers “Adopt- A-Median Program.” The association is seeking donations to have the landscaping professionally designed as a phase two enhancement to the city’s 2017 restoration work.

The landmark is often referred to as “the Spirit of Fort Myers.”

Plans for the restoration will be carried out by landscape architect Mariah Bakke and R.S. Walsh Landscaping. The classic European garden design will showcase the cast stone statue of a Grecian maiden pouring water from an urn into a basin at her feet. Since 1926, the maiden has welcomed motorists as well as residents and guests to Edison Park.

Edison Park is one of Southwest Florida’s oldest neighborhoods, and Rachel is often the backdrop for photos of tourists visiting the Edison-Ford Winter Estates.  The statue stands across the boulevard from the two-story home once occupied by Thomas and Mina Edison. Florida businessman and developer James Newton hired German sculpture  Helmuth von Zengen to create the sculpture, which was dedicated on April 8, 1926. Thomas Edison was among the 500 Fort Myers residents who attended the dedication. Mr. Newton later donated the statue to the city as a gift in honor of Mr. Edison.

Follow the project on Facebook at Rachel at the Well Campaign. For more information or to make a donation, email psboothby@gmail.com.